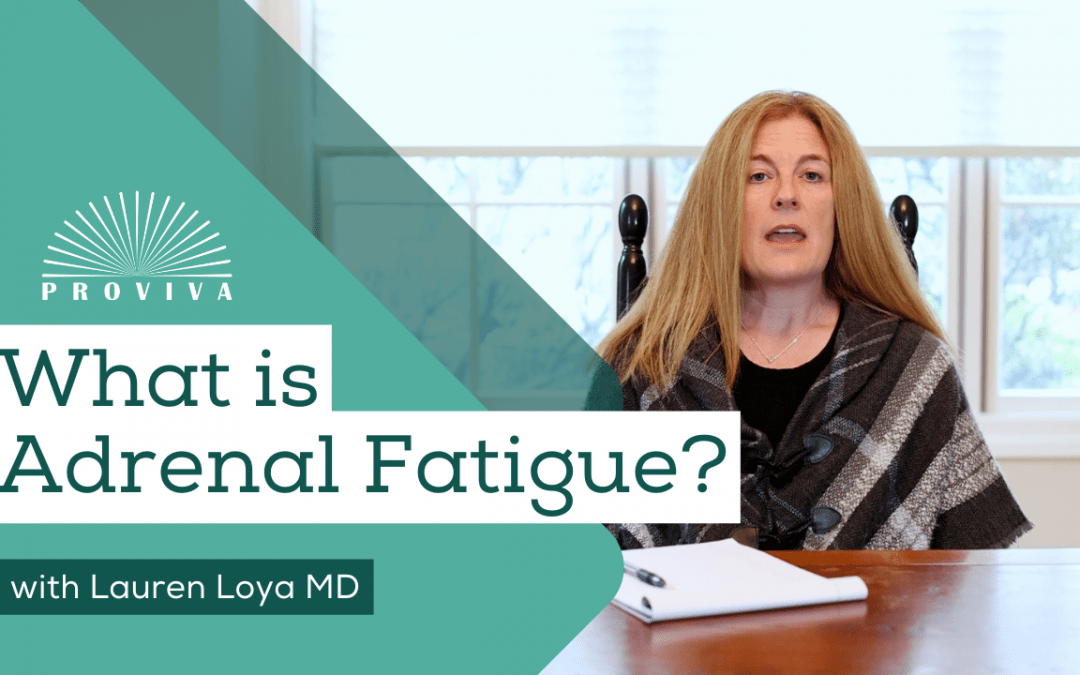 The adrenal glands have two parts to them. There’s the middle part, which is the medulla. And it acts not so much as a gland that releases hormones, but a neurologic organ that’s going to release transmitters that send nerve signals. Hormones like adrenaline are what’s released from the medulla in a time of acute stress. That always works, that response never goes away.

When we see adrenal gland dysfunction in our office, what we’re talking about is the outer coating of the adrenal glands, and that’s called the cortex. And the cortex makes primarily cortisol. And cortisol is a stress hormone. It can be a good hormone because in times of stress, either physical stress or emotional stress, it helps our body to raise the blood pressure, raise the blood sugar, and gives us fuel to act.

However, ideally we’re supposed to then have a chance to calm down, rest, repair, restore and decrease that cortisol production. Often that doesn’t happen in today’s society. Way back in early human days, we used to chase the wild animal or run away from the wild animal, and a huge burst of cortisol would get all of those lifesaving functions online.

Today, we don’t really experience that. Stressors are sitting in traffic, or constantly getting texts on your cell phone, worrying about work, and kids, and balance in life. We don’t have that rest and recovery time.

In regular medicine, when we talk about the adrenal glands and how they may malfunction, say you go to your PCP — they may only be looking for the severe overproduction of cortisol, which is called Cushing’s syndrome, or the underproduction of cortisol, which is called Addison’s disease. And those are both very serious diseases that can be life threatening.

What we see at The Hormone Center very frequently– and what most people deal with is just dysfunction of the adrenal gland. It may be that those glands are under functioning because they got tired from putting out too much cortisol over the years. Or you may be in a state of over function where you have too many stressors and you’re not able to alleviate those.

What are some of the symptoms people might have when the adrenal glands are out of balance?

Many people will feel that they’re always in kind of that fight or flight state, where they’re highly alert and agitated and can’t calm down. In this state, often we don’t think well. We might feel fatigued later in the day, primarily in the afternoon.

Sometimes there’s a pattern of fatigue where you’re fairly tired all day, but then in the evenings when you’re supposed to be winding down and starting to relax, you may start to feel energized– I can do the laundry, I can unload the dishwasher, and clean up the house right at the time they should be going to bed.

Some people will also have some immune system dysfunction when the adrenal glands are not functioning well. You may get more colds or sinus infections and they last longer than most people.

Another of the most common symptoms I see is that people can’t sleep because they can’t turn their brain off when they lie down to go to sleep.

Also, hypoglycemia can be a sign of adrenal dysfunction. That’s where the blood sugar is low because you don’t have enough cortisol to sustain blood sugar release from the liver, which is one of the functions of cortisol.

That’s a great time for the adrenal glands to restore and repair function like many other things during sleep.

In addition, our diet can really affect adrenal function. For example, a diet that’s high in sugar and carbohydrates and caffeine is really going to put a lot of stress on the adrenal glands. So going to a more whole foods diet that’s primarily vegetables, some fruits, nuts, the things that grew on the planet that haven’t been processed.

Making sure that you’re getting good, healthy fats and protein with every meal so that you’re not just eating carbohydrates like only a banana– have some nuts with your banana. If you’re going to have a little bit of pasta, make sure that you have meat and vegetables in that as well.

So, balance the meals and try to avoid meals that are heavy in sugar and carbohydrates.

Mitigating the stressors in your life. For a lot of us, there are stressors we can’t get rid of, like family or our job. We can’t all go live on a desert island. But I always tell my patients to get rid of the stressors you can control. Don’t say yes to the extra things if you’re having some of these symptoms of adrenal fatigue.

After you’ve done that, the second step is mitigating the effects of those stressors on the adrenal glands. And this is where a lot of practices like meditation, yoga, and deep breathing come in handy. You can really learn to settle down that fight or flight response and the cortisol response. Even though you have the stressor, being able to calm down and enter more of a heal, rest and repair phase.

Then finally, we often use herbal supplements, vitamins, minerals that can also either boost or support the adrenal gland and help it make more hormones if it’s really in a worn out or fatigued state, or to calm down that cortisol release, especially at night so that you can sleep.” 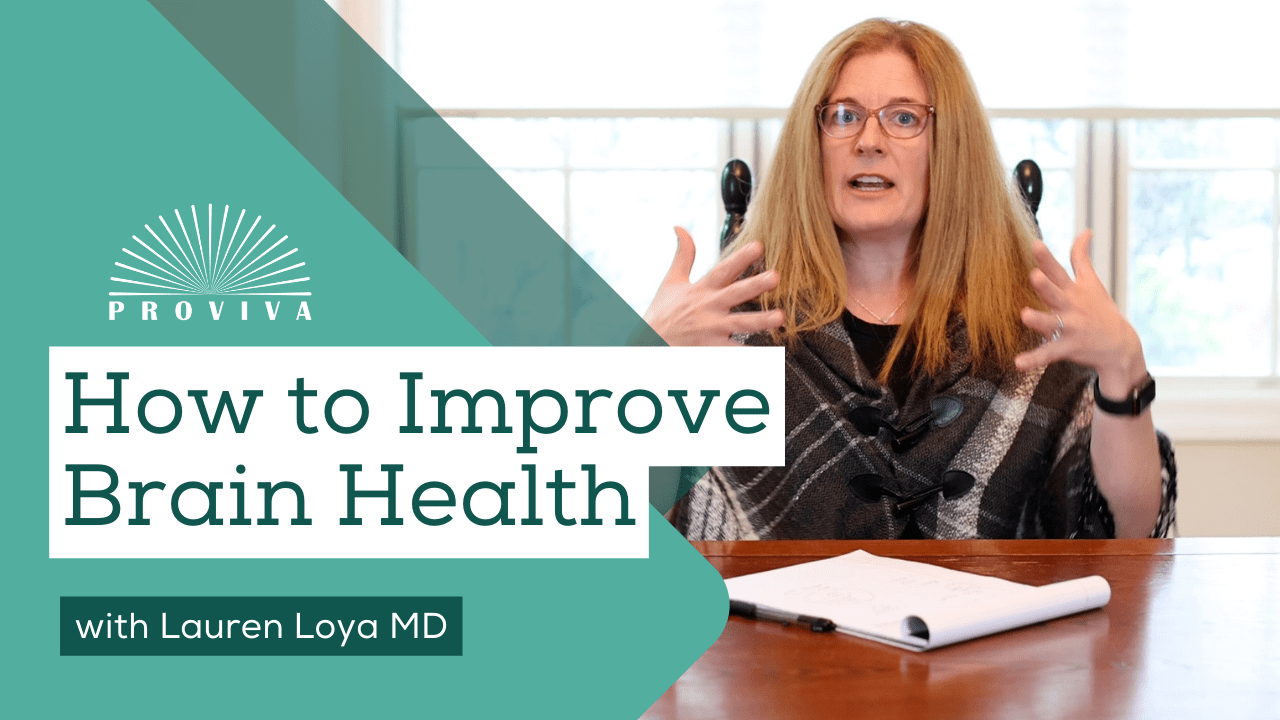 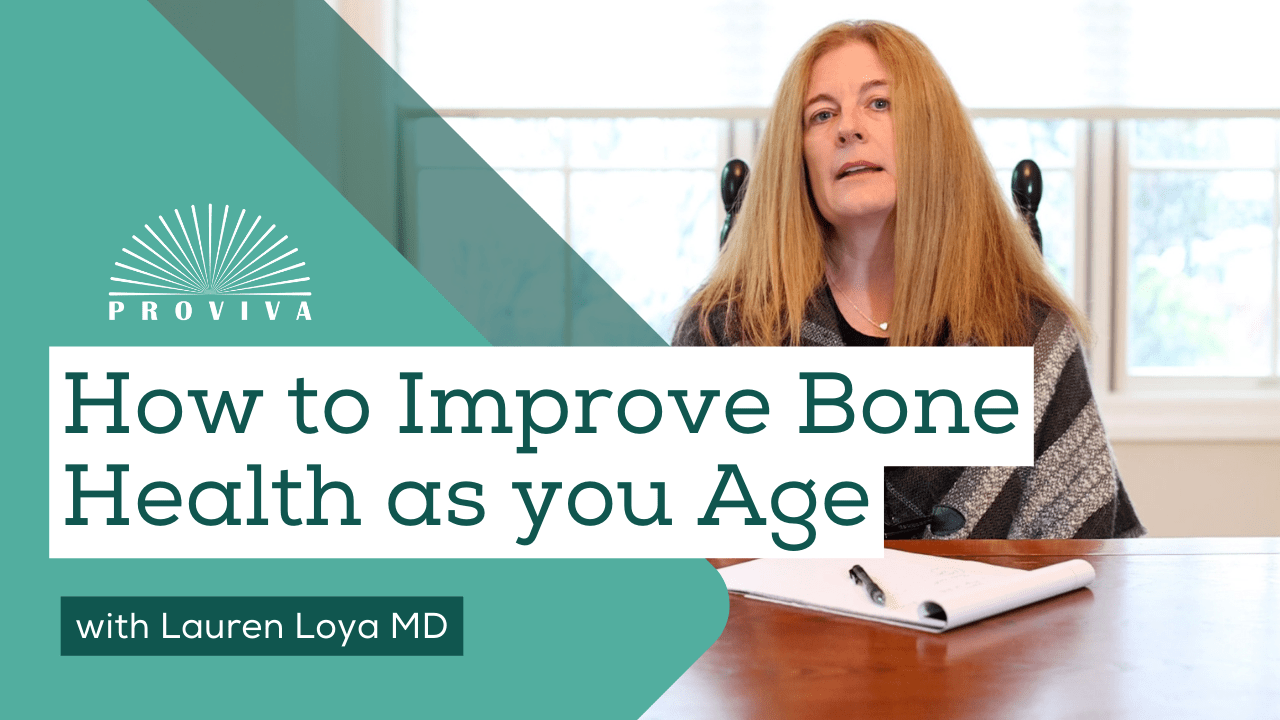 Factors and Effects on Osteopenia and Osteoporosis by Lauren Loya MD 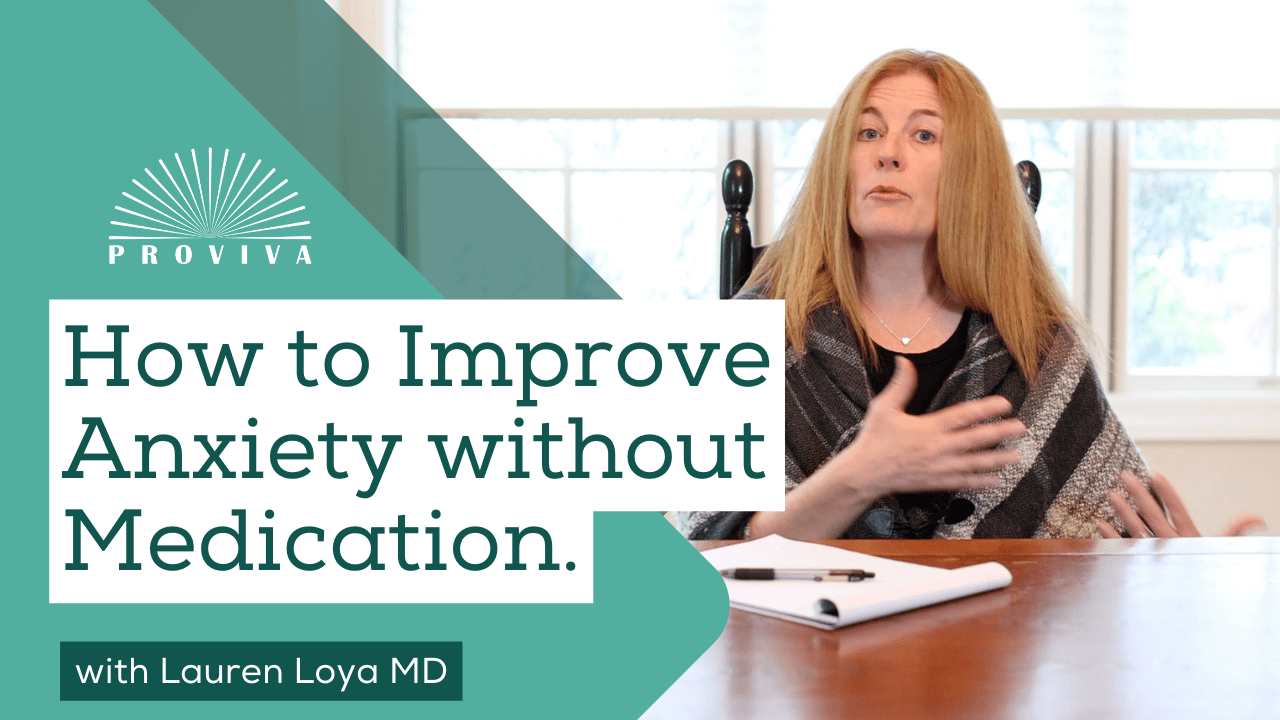 How to Improve Anxiety without Medication : Lauren Loya MD 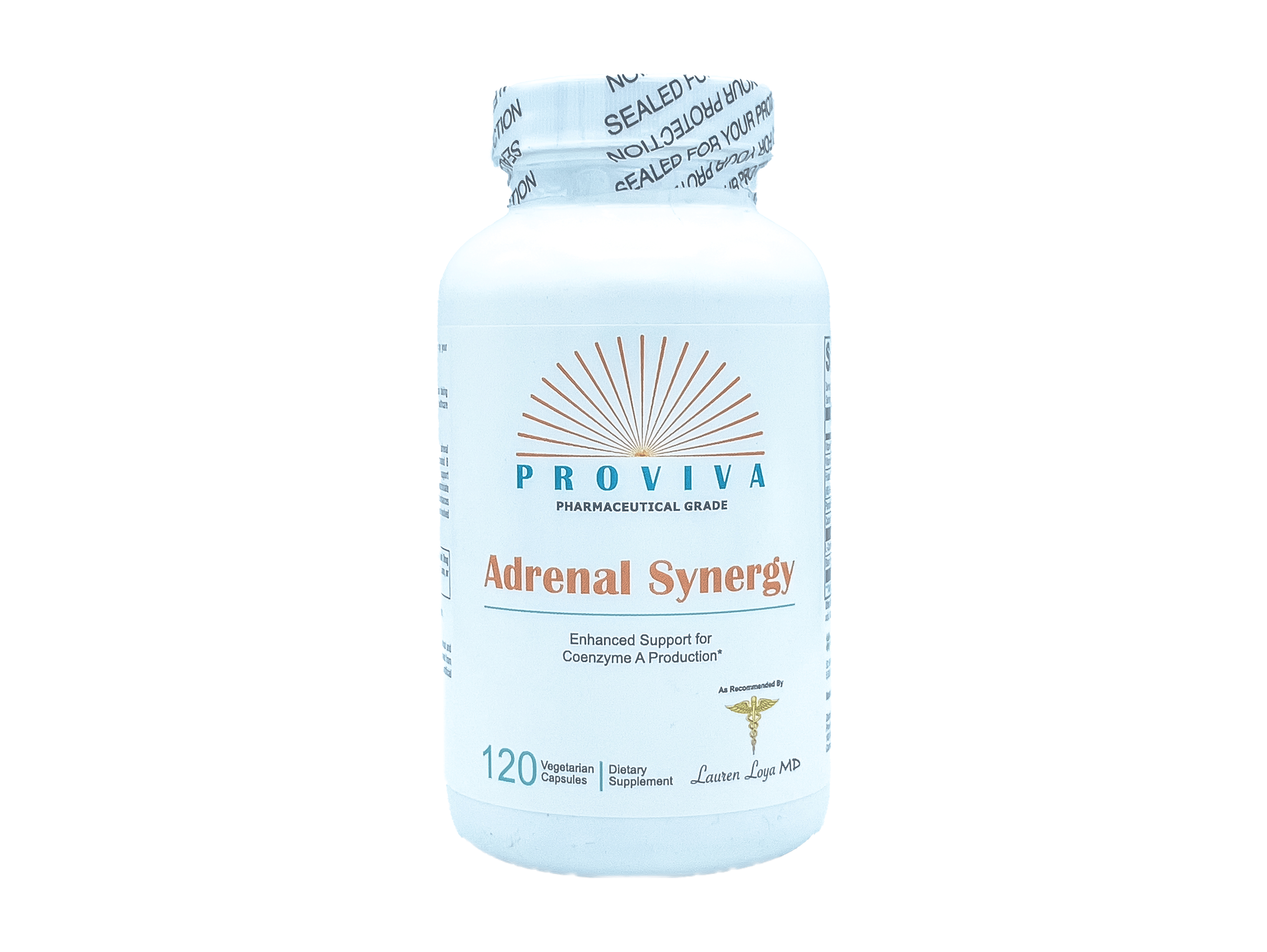 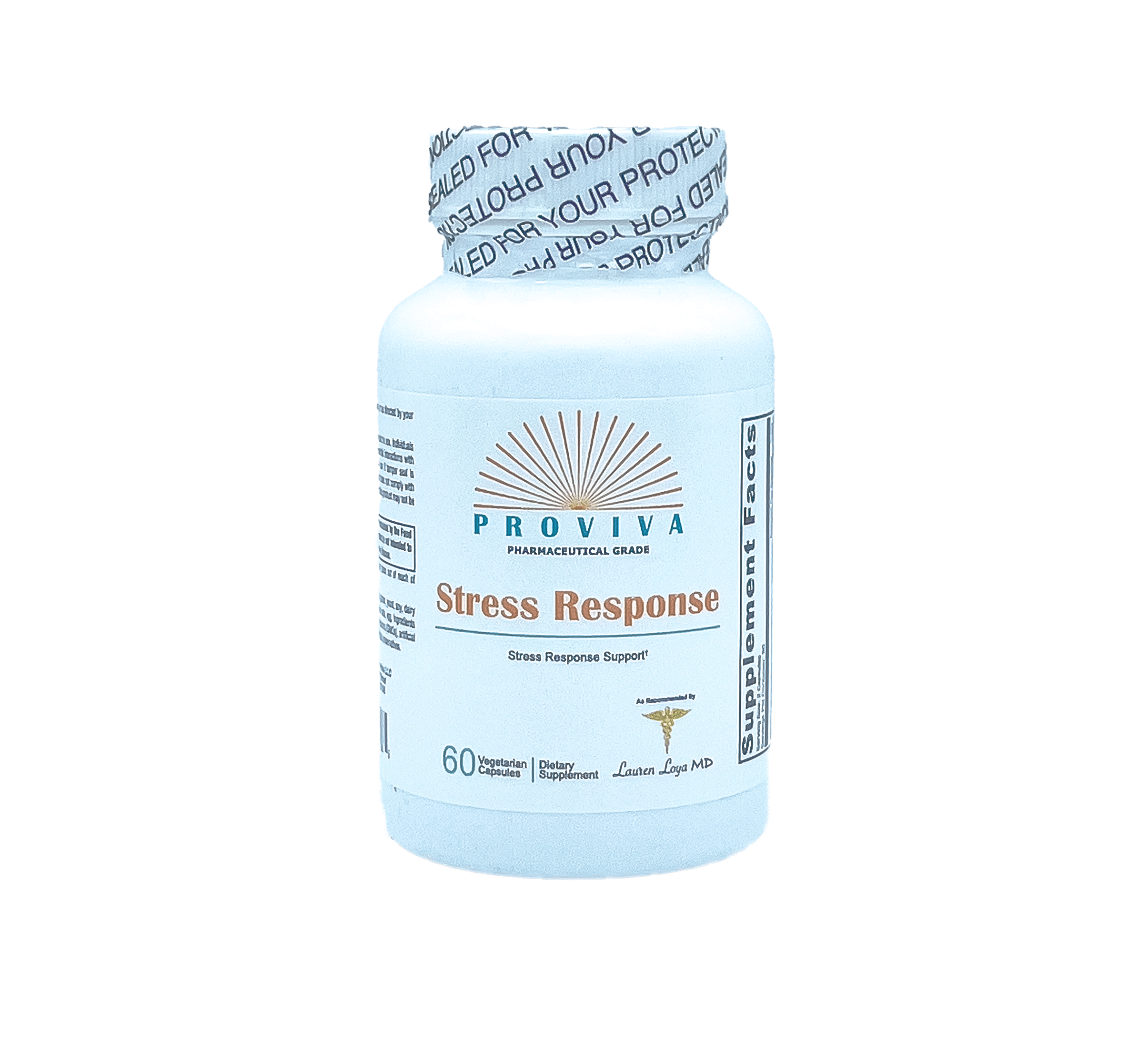 I have had nothing but wonderful experiences w/ Proviva. My patients always comment on how fast shipping is and how wonderfully they're treated by customer service! Thanks Proviva!!

Shopping cart
There are no products in the cart!
Continue shopping